Kiran Nadar Museum held a powerful Exhibition called “Structuring Form- The Innovative Rigour of Mahendra Raj”. The popularity and interest in the exhibition led to a number of collateral events for Architects and Structural Engineers and the general Public. A compelling panel discussion was held to discuss the material presented in the exhibition, with Mr Mahendra Raj himself. The panelists included Aashish Karode, Architect and Urban Designer, Rohit Raj, Vandini Mehta, Vishal Dar- all Architects and Roobina Karode, an eminent Art historian, Educator and the Curator of the exhibition and the Director of the Museum.

The discussion was well attended by professionals, artists, curators, enthusiasts. Mr Aashish Karode, made a number of important points, especially that how with the primary material on exhibition, and the videos, with Mr Raj’s own narratives of the vivid memories of his career journey allow us to construct a meaningful gestalt through the material that is presented. Never before has anyone seen an exhibition of a structural engineers work and with the sources of primary materials like handwritten manual calculations, sketches and photographs Hand drafted drawings and handmade structural models these beautifully cover a modern structural engineers craft. The show comes alive, all the more in that Mr Mahendra Raj was himself present and that somewhere this breaks really, the anonymity that the profession of structural engineering has outside the architecture project. In fact, it is a tradition in Architecture that authorship of buildings is almost always given to Architects, and rarely is a Structural engineers work foregrounded in an exhibition, although it is both integral and seminal in the architecture project.

While someone remarked how great achievement comes when offered great opportunity. Mr Karode venture a witticism, that great achievement comes at times of great opportunity. It was also a historic time that Mahendra Raj practiced. When Mr Raj began his career in post independent India- the country was making modernist assertions through architecture, to translate the Nehru vision of a new and modern nation into buildings that symbolized this aspiration. Architects like Kanvinde, Doshi, Correa, Kuldip Singh, Habib Rahman, and later Stein, Rewal and others had a long-standing partnership with Mahendra Raj, to bring phenomenal modernist architecture to shape the developing Indian terrain. This period was also marked by massive construction that eventually changed India’s urban landscape. Stadiums, Theatres, Bridges, Dams, Factories, Airports, Banks, Universities were the need of the times.

Meanwhile in the rest of the world too, the post war years were an era of reconstruction, the development of the understanding of the modernist and high modernist architecture, the advent of new Capitals like Chandigarh, Brasilia, and to be born into that period must certainly have had a powerful signifying and symbolic presence in the career and efforts of the young Mahendra Raj.

Nehru had brought in Corbusier the Swiss-French architect to do Chandigarh- Le Corbusier‘s love of concrete had already translated into a building that many consider the birth of Brutalism. The Unité d’Habitation in Marseilles, France was his first project in 10 years, World War II having interrupted his practice. Completed in 1952 and created as housing for the working class, Le Corbusier’s design in Marseilles called for a giant reinforced concrete framework fit with modular apartments. In fact not just the Habitation project, Concrete had begun to be used all over the world in the post war reconstruction and in the grand institutional and other celebrated projects of the time- Concrete, while it was largely devoid of uses in decorative elements then, it was his exposure laid the framework for future Brutalist projects.

It is therefore no surprise then that coming out of his experiences with Corbusier, as a young structural designer with Corbusier in Chandigarh, the Vertical concrete folds -17-18 meters high, on the building’s façade at the Tagore Memorial Hall in Ahmedabad, is another of the finest examples of brutalist buildings India has produced. You would imagine that the wide range of his structures over his career span are really a testament to Mr Raj, but also that there was a need for someone as resourceful and capable as he, to anchor this role as a remarkable and distinguished figure in the history of modern, civil and structural engineering in India, and his working-something like an artist at work, where he combined creative imagination, mathematical precision and imbued a technical clarity to buildings with his structural rigour that stands the test of time.

In India without as much mechanization, Mr Raj is known to have used the skills of manual labour, casting and forming to his advantage. He reinforced the designs of some of the most renowned architects of the time and anchored their aspiring leap into experimenting with modern architectural concepts, spanning large public spaces with unobstructed enclosures, concretizing their designs of factories, hospitals and institutions. His capabilities honed early overseas, include structures in Reinforced concrete- but many large span structures in many materials, high rise structures, and examples of ferroconcrete shells like the Roofs shells of Charles Correa’s Portuguese church- using amalgams of concrete guniting and shotcreting- and these exemplary works are interesting in and off themselves, but the structures that were made during the most pertinent modern era of independent India- which were undoubtedly the years when a new independent India was attempting to mark its entry into the world order.

The exhibition here at KNMA- has focussed on a few buildings each in Ahmedabad, Srinagar and Delhi, and then structures like the Hall of Nations. Mr Karode spoke of the importance of the role of Intuition in what is otherwise such a precise and exact solutioning science. In fact even long before computing- the structure of a building is imagined in terms of an intuitive selection of approach and possible solutions that respond to the designers concerns. So many of these buildings that were done before the advent of personal computers in the offices of structural engineers, called on an innate ability at visualization of form and the intuitive arrival of an appropriate solution that sets up how in fact a building reaches completion from a nascent idea. The structural engineer as opposed to say the architect does not work with emotional responses, and by and large he is concerned with structural solutions- which aim at creating stable structures and transferring and overcoming loads and outlasting natural phenomena via a variety of techniques. Indeed the Complexity of Modern Structures, requires an innate appreciation of the qualities and behaviour of material and certainly in the case of many of these raw concrete buildings- where the structure must take cognizance at once, that it is both Surface and the Structure at the same time- here the specific concern for the structure is of course to be the armature, but also the surface of the form hence the importance of mould or the formwork shuttering and scaffolding. This points to the engineer’s exceptional effort at visualising the construction process, an empathetic effort at understanding solutions in terms of their eventual aesthetics. In Mahendra Rajs buildings one cannot separate the engineering from the aesthetics.

In conclusion Mr Aashish Karode said, that for all of the reasons above, of the times Mr Raj lived in, his extraordinary capability to collaborate with architects and rise to great partnerships and achievements in so many diverse historic projects, his deep immersion and search for a disciplinary truth, of purpose and proportion in his craft, his reputation for integrity, never having any other considerations other than the project there may never again be another structural engineering career as that of Mahendra Raj.

RELATED POSTS
Bamboo Architecture is Sustainable and BeautifulDesign_AApril 22, 2020May 6, 2020 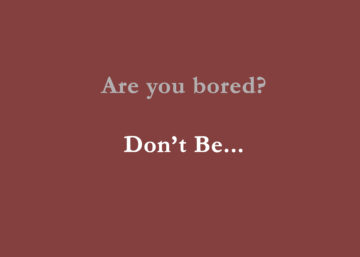 April 4, 2020May 6, 2020|BY Design_AAre you bored? Don’t Be….
CATEGORIES
Popular Post
FOLLOW US
The future belongs to those who believe in the beauty of their dreams. Explore Portfolio
ARCHIVE